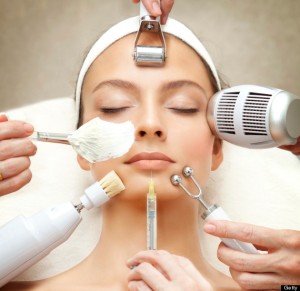 What are your thoughts on aging? How will you stay young at heart as you get older?…

…is the Daily Post’s question of the day, to which I answer… I still get carded for everything.  I’m not saying that’s a bad thing by any means, but as I look around at other women my age, sometimes I can’t help wondering when I, too, will show some signs of adulthood.  I have two teenage sons, yet it feels like I’m still waiting to see what I’ll look like when I grow up.  About the only thing time has decided to throw my way is lack of metabolism and gray hair – nothing exercise and a box of L’Oréal can’t fix.

Don’t get me wrong, I love that I still look young, but as with everything in life, there are always two sides to the coin.  Many strive to keep their youthful appearance.  They spend thousands of dollars on anti-aging serums, wrinkle creams and… ahem… hair dye.  Yet these amazing women seem to have forgotten what it’s like to never be taken seriously because they appeared too damn young to know anything.  I can’t tell you how many times I’ve been left feeling more than a little chagrined after being completely dismissed and looked down on like I was 12 instead of… well, three times that… all due to some pretty wonderful genes.  Personally, I’d rather my voice be heard than my face be 100% wrinkle-free.

These are mere blips on the radar of my world, though, truly.  Small annoyances that don’t happen frequently enough to change my outlook on life.  To answer the Daily’s question more accurately: I hardly ever think about it.  I’m ambivalent about the topic of age for the most part, and it usually just depends on what mood I’m in.  Some days I feel the same way I’ve always felt; that despite time flying by like it’s been given a Red Bull with crack, I’m still a kid.  I’m still that teenage girl with big dreams and plenty of creative imagination to see them come true.

Then the bills come in or my kids start fighting, and I’m pulled into the realm of overtaxed, under-appreciated, exhausted mom and that’s just fine with me, too, because I love being a mom.  And when the smoke clears, my kids and I throw on some random mix CD and dance all over the house, or grab our Nerf guns and go to war – cuz that’s how we roll.  😉

Oh, but I can say that regardless of how young I look or feel on any given day – I guarantee you this girl wouldn’t be caught dead (or alive) twerking.

5 thoughts on “My Heart’s Ambivalent”