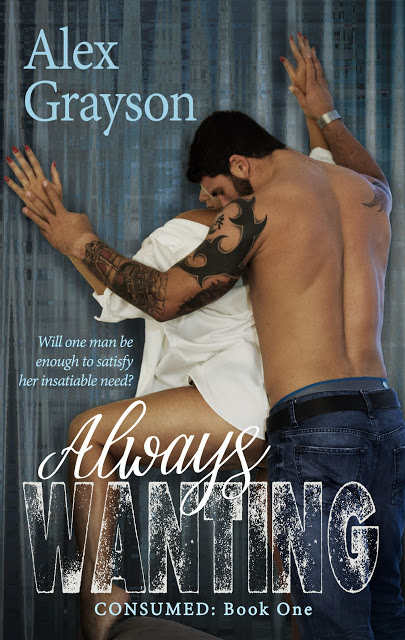 My name is Abigail Summers, and I’m addicted to sex. Yes, you read right. I’m a woman that craves… no, needs to have a man take my body on a daily basis. If I don’t have sex at least once a day, my body shakes from withdrawals, my stomach cramps with unbearable pain, my sexually hazed mind goes haywire, and I become extremely irritable and a major bitch. This isn’t a lifestyle I’ve chosen for myself. It’s a struggle I deal with every single day.

I don’t do relationships, because what man wants to be stuck knowing his girl may be out having sex with some random guy if he’s not available? You may think this is something that I can control, but I say screw you; you’ve never been in my shoes before.

The cravings may be something I can’t control, but I’ve learned to embrace them. I’ve tried the sexual addiction support groups. I’ve tried curbing my appetites. I’ve been shunned, criticized, ridiculed, and called every nasty name under the sun. Well, I say fuck all you judgmental assholes. I’ll have sex with who I want, when I want, where I want. Embarrassment? That’s a thing of the past. This is my life now, and those that don’t like it can go straight to hell.

But then he came along and screwed everything up. Colt Maverick. For once in my life, I want more, crave more from one guy. A guy that’s sweet and doesn’t match my hard interior. A guy that looks at me like he wants to eat me alive and claim me as his own. A guy that will most definitely not be okay with my addiction. A guy that I want over and over again, not because my body demands it, but because I demand it.

I now have a new addiction. But will he be enough to satisfy my uncontrollable desires? 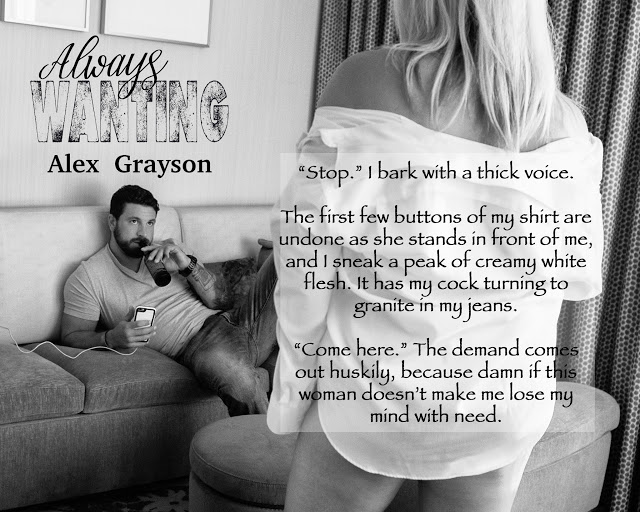 “Oh God, please make it stop,” I moan through the pain gripping my stomach.

It’s never been this bad before. I can barely breath through the pain. Each breath in and out alternates between feeling like a million tiny dull knifes are scraping my insides to sharp needles puncturing ever surface of my skin. I draw my knees closer to my chest and tighten my arms around them. I shiver uncontrollably. I’m not sure if it’s my regular shaking or if it’s because of the blast of icy cold water raining down on me. I’m naked in the shower because my body felt like it was on fire. I needed to cool off. The water is no longer helping, now it just feels like small drops of lava are being poured all over me. My head pounds and tears drip down my cheeks, mingling with the water.

I want to move, I want to get out, but I’m so fucking scared. I barely made it to the shower in the first place. The cramps were so bad that I literally had to crawl my way into the bathroom, barely making it to the toilet before emptying my stomach.

Why in the hell did I decide to put myself through this? I should have known better. I should have known this wouldn’t work. I’ve tried this before. I don’t know if this time is worse or if I’ve just forgotten the pain of not giving my godforsaken body what it craves.

I try to clench my teeth shut, but they still manage to chatter together. I’m surprised I haven’t chipped any. You know when you’re so cold that your body is constantly spasming to get your blood flowing to warm your body? Yeah, that’s me right now. My entire body is starting to cramp from the ridged way I’ve been holding it for the past twenty minutes.

I feel so goddamn hopeless. I don’t even have my phone with me to call for help. All I can do it sit here and pray the city runs out of water soon. I silently laugh hysterically at myself with that thought. I’m so fucking stupid.

I drop my head on my knees and cry out when the slight movement causes a well of pain to go through my chest and stomach. I cry, but I try to do it softly, so my body doesn’t rack with sobs, making the pain worse.

My fuddled mind turns to Blue. I see his gorgeous Caribbean blue eyes staring at me and it brings a new pain to my chest. One that has nothing to do with my body’s need for fulfillment. This pain is focused on me accepting once and for all that there’s no way we could ever work out. I feel like my world is cracking in two, and I’m being torn into pieces. I didn’t realize how badly I want this to work, until I realized it never would. I’m mourning something that never really started.

Squeezing my eyes shut, I sit as still as I can and wish for the coldness of the water to numb my body, to take away the pain that’s slowly destroying me, knowing that it’s a wish that won’t come true.

Alex Grayson is originally from the south, but has recently moved to Northern Ohio. Although she misses the warmth of Florida and often times detest the cold of Ohio, she absolutely loves living in the north. Her and her husband bought a house on two acres of land and live there with their daughter, son, one dogs, two cats, eight ducks, and three chickens. She hopes to eventually get a couple of goats to add to their country way of living.

Besides her family and home, her next best passion is reading. She is often found with her nose obsessively stuck in a book, much to the frustration of her husband and daughter. On more than one occasion Alex found herself wanting a book to go a certain way, but it didn’t. With these thoughts in mind, she decided to start writing stories according to her own visions. Although this is a new endeavor for her, she hopes that readers find her concepts on romance intriguing and captivating. Alex welcomes and encourages feedback, of any kind. She can be contacted at alexgraysonauthor@gmail.com. 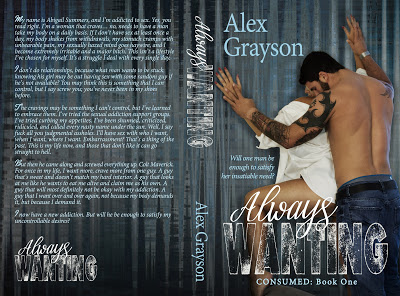 One thought on “Cover Reveal ♥ Always Wanting by: Alex Grayson!”