OMG, I’m FREE… for now. Just wrapped up excessive copy editing, so I’m looking forward to getting back to actually writing and Camp NaNo starting on Saturday! To celebrate, I’m going crazy fun with this post – which means, it’s not for kids. In fact, it’s not even for most adults, so here’s that pesky advisory thingy:

Warning: This post is about Deadpool. Take everything you know to be inappropriate and multiply it by the number of pock marks in Wade Wilson’s face. 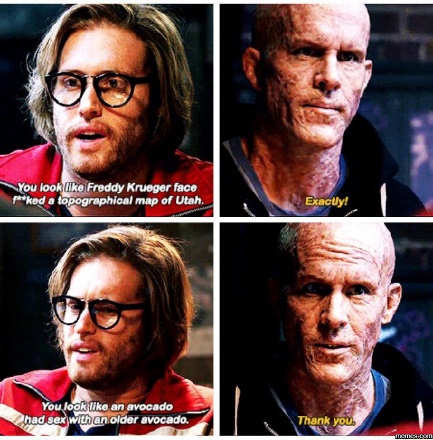 #10: Unicorns are sexy. Just look at that phallic shaped growth standing fully erect in the center of their foreheads… Wade couldn’t keep his eyes off it. Wonder if he was thinking about Spidey…? Awwww, the one-sided bromance lives on.

#9: Despite being trapped for an entire fight sequence in the same machine that rendered Wade Wilson “unf**kable” in a matter of seconds, Vanessa never even gets so much as a zit. Apparently, it only works on men’s skin. Maybe they should moisturize more often?

#8: Masks that convey facial expressions should be the new industry standard.

#7: Giant superheroes comprised of indestructible metal with a voice like the Terminator, can, indeed, have their man cards revoked.

#6: Rigor Mortis is instantaneous when handcuffs are involved.

#5: You can actually pay for a cab ride with high-five’s, multiple times, as long as you first give the driver the worst relationship advice possible that ends in an accidental fatality. Otherwise, they bill you later.

#4: Negasonic Teenage Warhead is the absolute number one, record-breaking, top of the charts superhero name EVER invented and the person responsible should be promoted to the top of the Fantastic 4 franchise, because they’re now the only one’s who have the cool-power to possibly redeem what little respectable face Fox studios managed to leave our poor superheros after defiling them with their…Foxfuckidness.

#3: Best friends can be royal dicks.

#2: Knowing how to spell is crucial to every punchline.

#1: “O, Canada!” can be conveniently turned into a swear word when one is in pain, and would simultaneously offend an entire nation, if it hadn’t in fact been issued by a Canadian actor portraying a Canadian character. Nice save, Ryan!

Ooh, speaking of America vs. Canada – Given all we know about our own stereotypes – you know, how Canadians are super nice and Americans are like that one kid you never want your kids to play with… Why is it that we have someone like Captain America and they get Deadpool? Is this the mysterious balance in the Force Yoda’s always going on about? 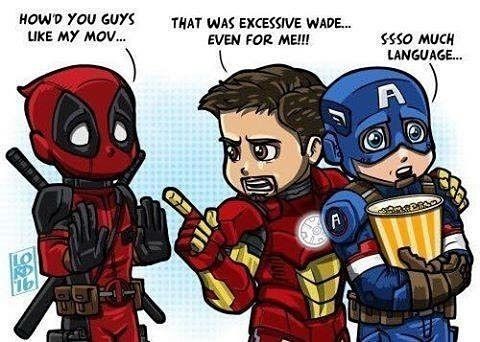 ♥ Whew! That was a lot of pent up inappropriateness… guess it’s time to write another Hell on Earth novella! 😀

Not-so-little fineprint: I took these pictures off the internet without any intention of infringing upon anyone’s copyrights, so if you’d like me to take them down just ask and I will do so immediately. Thanks! 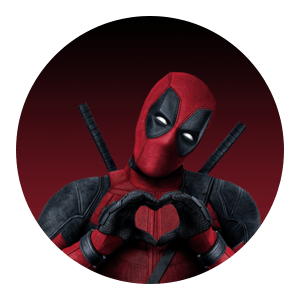 7 thoughts on “Top 10 Things I Learned From Watching Deadpool”