Short Stories of Malice and Murder

Malice – noun; mal·ice | ˈma-ləs 1 : desire to cause pain, injury, or distress to another // 2 : intent to commit an unlawful act or cause harm without legal justification or excuse //ruined her reputation and did it with malice Everyone is capable of malice and no one is immune to its outcome. A Hint of Malice – When her last living relative commits suicide after having her identity and assets stolen, a grieving niece longs for justice. Burned – When the masterminds behind a major drug operation get off with a slap on the wrists, a frustrated police detective warns them their wealth cannot shield them from everything. The Marshall Sisters – After seeing her sister mistreated by far too many men, Leslie Marshall is proud of Paula for standing up for herself and accompanies her on a cold winter’s night to confront her boyfriend, but even Leslie isn’t ready for the new, assertive Paula. The Watcher – Shamed into exile by his family because of his sexual fetish and hanging on to the shreds of his sanity, a man plots the ultimate date night with his new neighbor. What’s done in the dark always comes to the light.

One randomly chosen winner will get a $15 Amazon Gift Card or $15 in PayPal Cash!

About the Author After writing as a hobby for most of her life, at the urging of a good friend, Felicia took on the challenge of NaNoWriMo in 2015, writing what would become her first published work, In the Best Interest of the Child. It was released in the fall of 2016. Free, a Novella, which began as a three-installment series on her website, was published as a short story in May 2017. Currently working on projects in several genres, Felicia plans to release book 2 of In the Best Interest of the Child – Family Matters, as well as anthologies of her suspense and women’s fiction short stories in 2020. A long-time blogger, she also features books by indie authors daily on her blog, Nesie’s Place. Felicia lost her husband of nearly 36 years of May of 2019 and is a strong advocate and supporter of the National Kidney Foundation. She has three adult children, four grand-pups, and as one of nine children, she has too much extended family to even go into! In her free time-when not reading-Felicia sews and enjoys experimenting with new dishes in the kitchen. She always has a cup of robust coffee and far too many pun jokes nearby. 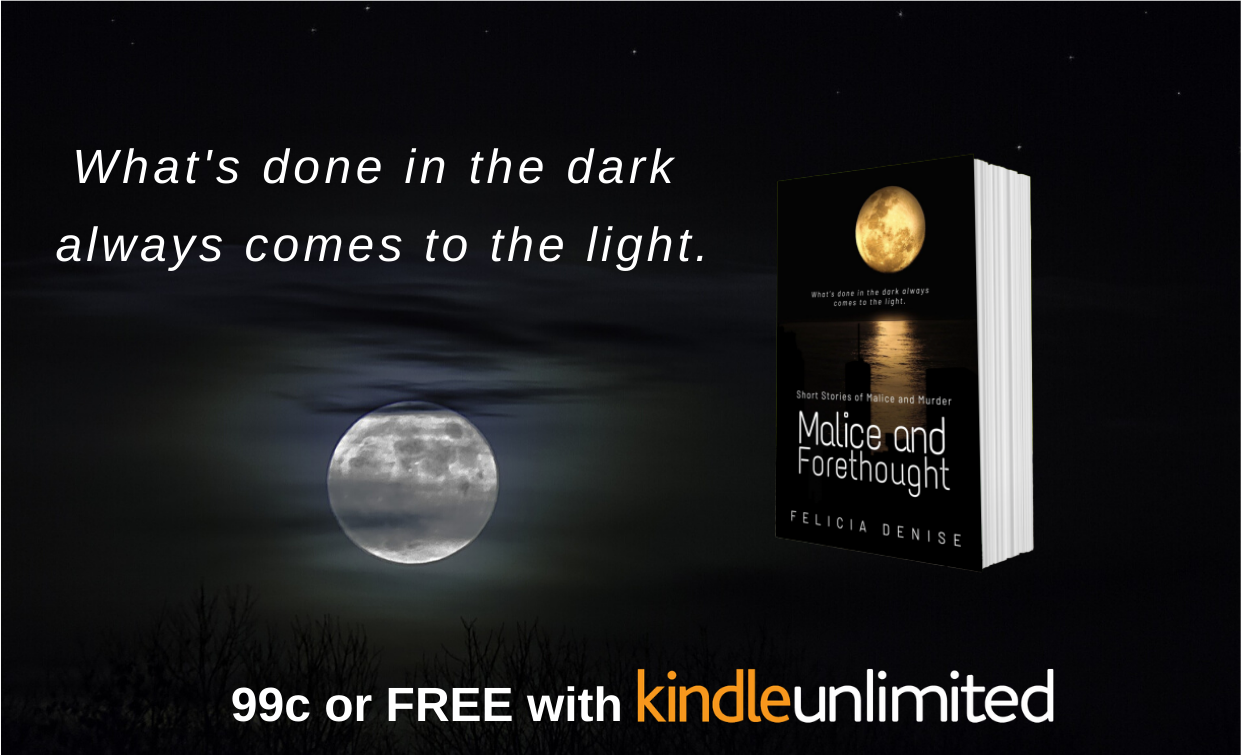 One thought on “#PreOrder | Malice and Forethought by Felicia Denise”