The Downside of Blogging

Recently, I’ve been looking around at magazines to possibly submit my poems and/or chapter series.  Only, I’m learning that I can’t.  Admittedly, I’ve kept myself in the dark, by not researching enough when it comes to the ever-changing rules of publishing – And I guess I failed to recognize that anything I post on my blog is now considered “Published.”

Why does that matter?

Because, no one wants previously published work submitted to them.  That includes from your own personal blog, or any other place online with the (possible) exception of critiquing group forums.

How could you not know that already? 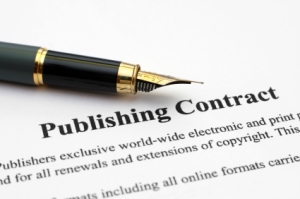 did.  I first read the legal jargon about not having my work previously on the internet in my contract for The Zen Lounge.  Luckily, I hadn’t found the addicting world of WordPress before my publisher took an interest and everything you’ve seen here regarding that book has been pre-approved by them.  But, what about all of the other story bits and poems I’ve posted since my arrival to WP last October?

Apparently, excerpts of books are in a gray area where publishers might still be willing to accept submission.  It’s only ‘complete’ works that are pretty much a solid: “No Way! No How! No Exceptions!”  I suppose that would include poems, since they are, in and of themselves, complete works.

Does this mean that blogging has forced the hand of writers to self-publish?  The rise in Indie authors is difficult to ignore and while I can understand the appeal, I never considered it would be my only option, simply because I blog.  Sure, I could stop posting poems or bits and pieces of my books, I could stop talking about my characters or using my own work when discussing various styles – but then what is the point in having this blog?  It’s my author blog!  It’s under my pseudonym!  That would be like a chef having a blog, and never once posting about cooking or baking.  A fashionista who writes about politics, rather than the latest gossip out of Parsons.

And while I understand the reasons behind these fluctuating rules – I don’t like the fact that I have to hold back, be careful about what I post just in case I might – someday – want to submit it to a magazine or publisher.  Nor am I too crazy about the fact that now all of these works already posted on my blog are considered useless in the eyes of the literary authorities; sterile.  Cut down before their time and the only way they’ll ever reach actual Bookdom is if I self-publish.

Personally, I don’t think anything should be considered a ‘published work’ unless said author is actually getting compensated for it, but that opens a whole new arena of technicalities that publishers simply don’t want to tangle with – and I can begrudgingly sympathize with that.  So, for myself and all the other unsure or beginning writers out there – be aware and be cautious of what you blog,  unless you’re already planning on going Indie or have one of those rare publishers that doesn’t mind ‘reprints.’

4 responses to “The Downside of Blogging”